Benchmarks for the original Raspberry Pi 3 Model B -so not the B+ as used by DavidBAM-, using Raspbian Buster:
1137 floating point MIPS (Whetstone) per CPU
25507 integer MIPS (Dhrystone) per CPU

It is almost a year later now and the field has changed yet again. Contenders have come and gone.

Biggest game-changer was the bringing out at the almost same time of a 64-bit Raspberry Pi OS and a new 8 GB model of the Pi. On top of that there came more heavy-duty cooling solutions, like shown here

Contender Hardkernel first brought out a 4 GB Odroid-C4, basically a Cortex-A55 equipped improvement of their Cortex-A53 C2 with more (DDR4) RAM, but at the very speed that originally was intended for the C2: 2000 MHz.
The C4, like the C2 and the C1 can be used in open casings that fit the Raspberry, like this

Secondly, Hardkernel brought out an improved version of its Odroid-N2, the Odroid-N2+ where the maximum CPU clock of the Quad-core Cortex-A73 is increased to 2400 Mhz (from 1800 Mhz) and the maximum CPU clock of the Dual-core Cortex-A53 is increased to 2000 Mhz (from 1900 Mhz). The on-board RTC backup battery pin-out is now replaced by a battery holder mounted on the board. The heatsink is not as high as the original and has provision to mount a fan underneath -as had the old N2, but the N2+ needs the fan to maintain the higher speeds. The fan's stand-off screws bring the N2+ up to normal height. We now await a 8 GB model of the N2+.....

Where's the rest of the field? Banana Pi's M4 model already fell short last year and they really should bring out their Banana Pi M5 pretty soon now.
Most of the other contenders seem to have put their money on the Rockchip RK3399, which is sometimes -misleadingly- advertised as an "overclocked Cortex-A72" six-core. It *IS* a six-core chip, but in LITTLE.big format, LITTLE being here four Cortex-A53 cores, and big two Cortex-A72s cores.
You can get RK3399 boards from Rock Pi -the Rock Pi 4 (in three main versions)-, Orange Pi -the Orange Pi 4B being the most interesting model-, Nano Pi - the NanoPi M4B- and loads of other, less known companies.

There is a RK3399Pro as well, with embedded neural processing unit (NPU) delivering up to 3 TOPS for AI acceleration. RockPi has one, the RockPi N10. It is rumoured to outperform the quad-core Cortex-A57 nVidia Jetson Nano in some AI-tasks....though the software you can download at nVidia for the Jetson Nano (the JetPack and Deepstream SDKs) might suit a project like MLC much better. MLC needs to bring out an ARM app though to make use of it.
Last edited by Dirk Broer on Tue Oct 06, 2020 1:30 am, edited 1 time in total.
Top

Got any overclocking on that? Should be good for 2ghz or more
I think this is fool-proof but could you just try it for me please? • There are 10 types of people in the world; those who understand binary, and those who don’t

scole of TSBT wrote: ↑
Fri Jun 19, 2020 10:16 pm
Have you chaps seem the new Raspberry Pi Turing board coming out? Will support 7x Pi 3+ compute modules. The Pi4 compute modules rumored to come out later this year.

In its most minimal format a quad-core Cortex-A72 without wifi/bluetooth and 1 GB of RAM, without eMMC,
In its most maximal format a hexadeca-core Cortex-A72 with wifi/bluetooth on all four modules and 32 GB RAM, with 128 GB of eMMC storage space (32 GB for each module).
Last edited by Dirk Broer on Wed Oct 21, 2020 12:51 pm, edited 1 time in total.
Top

Now, would seven of those 260 pin DIMM connectors fit in the original Turing Pi? No, that had a 200 pin connector interface. Bummer....
Top

Raspberry cooling-wise there has been a nice article on en.itcooky.com, where the two 52Pi solutions outperform the rest by a considerable margin.
#2 in the contest was

but this is the winner:

Results were close though especially at stock speed (1500 MHz), but at 2000 MHz the 'low ice tower' -let's call it 'ice-shield'- is definitely more effective.
Top

@Dirk Broer or anyone else

What do I need to do for maximum compatibility of Boinc projects on 64bit raspios please? I want to be able to run the new Rosetta WU but also any of the other projects
I think this is fool-proof but could you just try it for me please? • There are 10 types of people in the world; those who understand binary, and those who don’t

What do I need to do for maximum compatibility of Boinc projects on 64bit raspios please? I want to be able to run the new Rosetta WU but also any of the other projects

In case you are running a 64-bit OS on a Raspberry Pi 3 or 4 (preferably the latter and 4GB or 8GB in that case), following commands will install the 32-bit libs needed to run most BOINC apps:

Additionally you have to add two alternate platform identifiers to your cc_config.xml file:

many thanks @Dirk Broer
Top

And mind you, the same about 32-bit libc, libstdc++6 and ZRAM holds true for Odroids -or any other 64-bit ARM crunching platform, e.g. when you have plans around the new 2GB nVidia Jetson Nano, or even the original 4GB model.
Top

Now, would seven of those 260 pin DIMM connectors fit in the original Turing Pi? No, that had a 200 pin connector interface. Bummer....

Not so bummer after all: Gumstix Introduces CM4 to CM3 Adapter, Carrier Boards for Raspberry Pi Compute Module 4 They even let you choose between a Pi CM4 Uprev & UprevAI CM3 adapter board.

The AI version also has a Google Coral accelerator module

Note however this remark by Jeff Geerling in his review of the Turing Pi 1 "The CPU is ... constrained by the fact that the Compute Module is clocked at a maximum of 1.2 GHz. And that's not a limitation of the Turing Pi, it's because the DIMM connection can't provide enough power using the Compute Module's current design to support faster clock speeds."
This might let you decide to go for the Turing Pi 2 when using the compute module 4 (CM4). If you already have a running Turing Pi 1 it is a nice experiment though...
Top

Introducing my new machine : Rosetta Stone, because the plan is to add to it until it weighs 14lbs & run Rosetta

20 pi4 8Gb machines. One serves as a network boot server / NFS server for all the others so no fiddly SD cards or USB sticks.

Server has one 128Gb SSD on USB3. No boinc on that guy
Clients have no media whatsoever.
three 8-port hubs
trays are free from local mushroom wholesaler

I do not understand some of it, lol, but it sounds like a one hack of a computing power.

It is a fair bit of RAM which will suit Rosetta 64bit and the big WCG project (Open Pandemics?). Overclocked to 2GHz - not monsters but would maybe give an old Xeon a good race.

Cooling-wise you'll have to look out for a bitcoin miner that wants to get rid of a 6x 120mm bitcoin rack casing because the increased power consumption of the newest video cards needs him/her to look out for bigger cases and dito fans/radiators.
Last edited by Dirk Broer on Tue Jan 05, 2021 12:37 pm, edited 2 times in total.
Top

@davidBAM How long does a Pi4 take to crunch each Rosetta WU?
Top

Rosetta works differently from other projects. You set the run-time yourself in project preferences and you get paid based on how much work it gets through.

So far, it has to be said, I am a bit underwhelmed by the points earned. The jury is still out but I might try Africa Rainfall on WCG to see how that goes
Top

davidBAM wrote: ↑
Tue Jan 05, 2021 12:48 pm
Rosetta works differently from other projects. You set the run-time yourself in project preferences and you get paid based on how much work it gets through.

So far, it has to be said, I am a bit underwhelmed by the points earned. The jury is still out but I might try Africa Rainfall on WCG to see how that goes

It won't, OpenPandemics is all that lands on my ARM fleet -only my Android-running Odroid-N2+ also gets MCM, but no Africa Rainfall either.
Last edited by Dirk Broer on Tue Jan 05, 2021 8:18 pm, edited 1 time in total.
Top

davidBAM wrote: ↑
Tue Jan 05, 2021 12:48 pm
Rosetta works differently from other projects. You set the run-time yourself in project preferences and you get paid based on how much work it gets through.


Huh. I didn't realize that was the case! I've been using the default setting of 8 hours uptime and just assumed my CPU was 'slow' at doing them.
Top

I think I've sussed it. Rosetta WU read from a huge input file so are putting a heavy burden on file system reads. A pi4 booted from SD card or USB3 stick will die - my 76 WU using a network file system puts a huge load on the NFS server and also saturates the network.

Run from an SSD and limit WU count, I think
Top

Well I purchased a Pi4 (2GB) today to try out. Went with the 2GB model since I intend to run WCG Pandemics on it primarily and that doesn't seem to use as much RAM as Rosetta. Got it in a case with a fan attached, just waiting on a mini HDMI to HDMI cable to arrive now so I can connect it to my monitor to set it up.
Top

How do you overclock a Pi4?
Top

edit /boot/config.txt and reboot e.g. to run at 2GHz

Done. Running rosetta on all 4 cores with temps staying 55-57
Top

Hope you have ssd on that. I reckon rosetta will kill sd or usb3 stick within months
Top 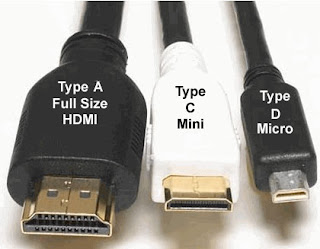 Rosetta is not for the faint of heart, no...
Be sure to install and configure ZRAM as well when you have a 2GB Pi 4. Even a 4GB Pi 4 benefits from it.
Top

Yeah I meant micro! I'm getting the right one

Had it running for a day so far. Takes about 8 hours to complete each WCG Pandemic WU. With little heatsinks attached to each chip and a 5v fan blowing over the CPU it's at a steady 50°C
Top

How is the RAM usage per WU? ISTR it was quite low
Top

Though the answer by DavidBAM is not wrong, it is not complete either.

The proper way to overclock a Pi4 is

to see the current status

to actually update the firmware

Step 2. Set the overvoltage, and set CPU and GPU speeds

The best overclocking results can be obtained with the 8GB SBC, the Pi400 and the 8GB CM4s, as the rumours go -up to 2300 MHz, i've read....
Top
Post Reply Previous topicNext topic
142 posts