A forum for posts that make people think. Pretty much anything goes, but if you do politics .... play nice guys. Forum is visible to all, including guests.
Post Reply Previous topicNext topic
13 posts 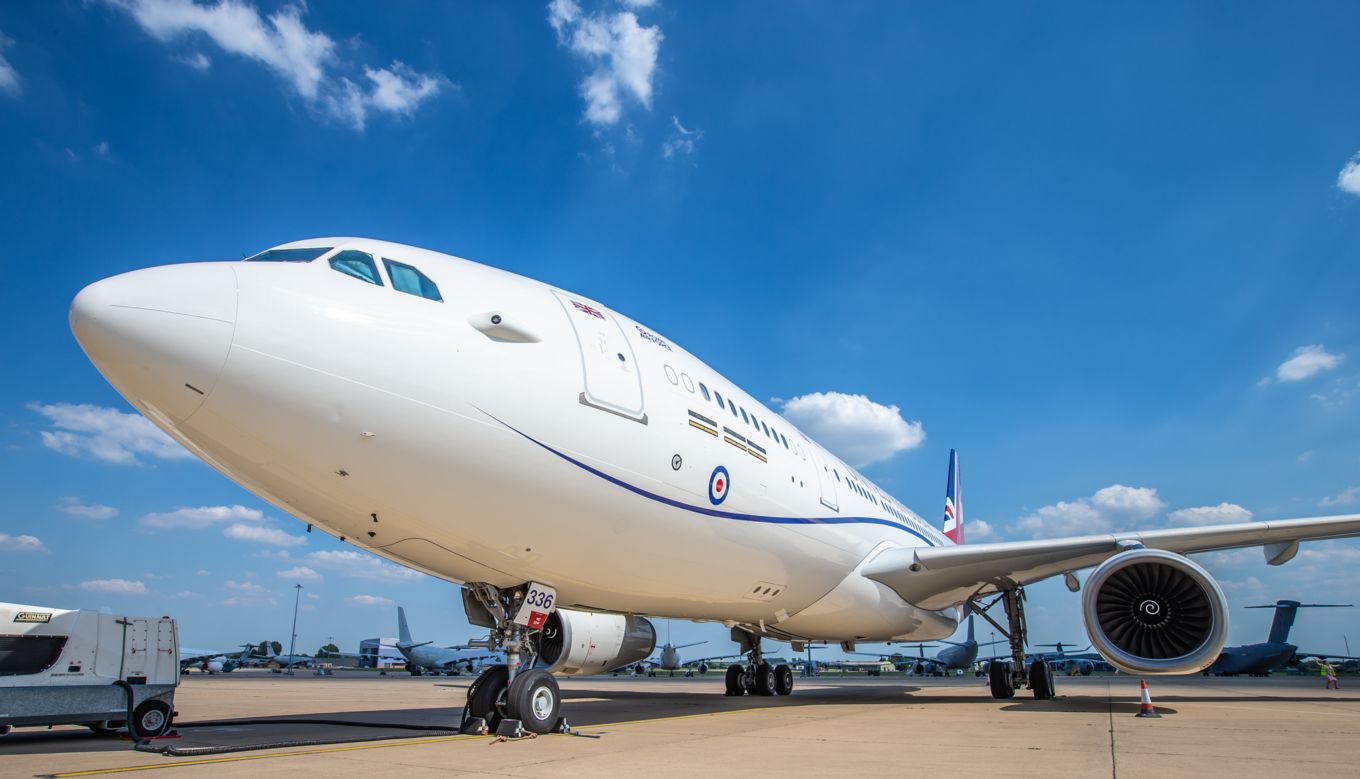 The best form of help from above is a sniper on the rooftop....

Personally I think she's stunning.
The best form of help from above is a sniper on the rooftop....

Pity they didn't have room for a 'T' at the end - surely Boris' paint job would then have cost less than £900K. Some are even saying the butcher's apron is upside down

I think this is fool-proof but could you just try it for me please? • There are 10 types of people in the world; those who understand binary, and those who don’t

Not sure I want to be flying around in a big fuel tanker with such bright colors but I suppose it usually has plenty of friends around to keep it safe.

Here in Goldsboro, SJAFB is in the process of replacing their KC-135's with the new KC-46 Pegasus aircraft.

I have a big gpu hack on all instance numbers b52 - it is from where I drop my bombs
I think this is fool-proof but could you just try it for me please? • There are 10 types of people in the world; those who understand binary, and those who don’t

Sigh, can't believe I will type this, but here goes.

Vespina is not Boris's plane. She is the UK's VIP transport for the Royal Family, Government officials on official duty etc. She is also a fully functional troop transport and refueling aircraft.
It didn't cost £900K for a ' paint job '. She was due her required maintenance to maintain her airworthiness certification. That involved an upgrade of her systems and communication suite, inspection of airframe and replacement of time limited parts. That also requires all the paint to be stripped and reapplied. When your flying at mach 0.85, you can't wrap an aircraft like a transit van or give it a spray with a can of paint from Hallfords. The paint on an airframe has to be applied to a very specific thickness in 3 layers to pass airworthiness. The paint effects everything from the service life of the airframe to the all up weight and drag and fuel efficiency. It's a multimillion pound airframe, not a garden fence.
Believe it or not, the white colour scheme actually costs less than the standard RAF sea grey.
The Union Jack is not backwards or upside down. By convention on any aircraft the nose is regarded as the jackstaff and hence the flag flies right to left rather than how you are used to seeing it displayed in books etc. If the Union Jack is upside down or backwards, then Air Force 1 has been trucking round the world for the last 30 or so years with the US flag backwards.
According to the Ministry of Defence: “The convention is for the flag design to appear as though it is flying from a flag placed on the nose of the aircraft, as it travels through the air. When viewing the starboard side (right-hand side), this can give the mistaken impression that the design is backwards, or upside down, when in fact the observer is simply viewing the reverse side of the flag. A keen eye will notice that this convention has been consistently applied on all flags represented on the aircraft, including on the Union Flags on the two forward-most aircraft doors.”
I'll just accept that most people are unaware rather than ignorant.
I'm not even going to address the ' Butchers Apron ' remark except to say that since yesterday was armed forces day, I find it fcuking offensive and completely unnecessary. I posted about it to start a bit of banter on the site, knowing that others would not feel quite such a positive impression and would comment as such. I thought there might be a bit of a laugh and a picture or two of NicForce one Helicopter etc, etc. Feel free to think that the UK shouldn't have a plane acting as a symbol for the country and comment / vote as such, but there's no need for insults.

Due to a thing called radar, tankers etc would not last long if they decided to fly within engagement range of enemy forces long before they can been seen visually. It some respects it's better that they are visible, as when you require gogo juice, it's not fun hunting for a grey plane in a bunch of clouds.

An interesting fact is that Vespina is the only VIP transport in the world that would be capable of refueling her fighter escorts .

The express is only good for the hottest summer / coldest winter in history stories and their weird obsession with Princess Diana.
Top

I wonder why nearly all the photos are of the starboard side. At least the Daily Mail did show some pics from the left wing for the first time in their history
Top

Looks too close to a BA Aircraft to me.
The universe is both go and ju.
Top
Post Reply Previous topicNext topic
13 posts

Users browsing this forum: No registered users and 2 guests